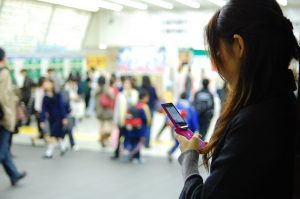 So, you’ve just come out of a job interview and you’re feeling pretty positive and upbeat.

You spent hours preparing – thinking of suitable examples of when you’ve been a brilliant team-player, gone above and beyond what was asked of you, demonstrated your flexible attitude and a short list of all your supposed weaknesses. You’ve got references from previous employers, polished your shoes and perfected the firm, non-sweaty handshake.

Then – nothing. Not a call, not an email, nothing on social media. It’s as if the person that interviewed you has disappeared like a ghost. Unfortunately this is happening to more and more job hunters and it’s exactly what happened to Jessica Thompson, a trainee accountant.

Thompson was interviewed for a finance role at a large accountancy firm in March and was assured she would hear back from the interviewer in the next week or two. She felt the interview went pretty well. She had a nice rapport with the line manager and came up with some good, tangible examples in answer to their questions. “I thought everything had gone well and they sounded quite impressed with my experience to date,” she notes. “They said they would call me in the next few days and thanked me profusely for coming in.” But Thompson never heard back. “After a week or so I thought perhaps I hadn’t received their email or maybe they’d taken down the wrong mobile number for me so I emailed to see if they had any feedback but no one ever replied,” she says. “I didn’t want to seem pushy but I emailed again a few days later and still nothing.”

Thompson’s experience is far from uncommon. ‘Ghosting,’ a term once synonymous with online dating, is now becoming increasingly rife in the world of recruitment.  Look on the page below to find out “HOW TO HANDLE BEING GHOSTED AFTER A  JOB INTERVIEW”.

How to handle being ghosted after a job interview